What bilingualism means to me

Posted on
September 5, 2017
Written by
Stéphan Déry (About the author) , Chief Executive Officer of the Translation Bureau 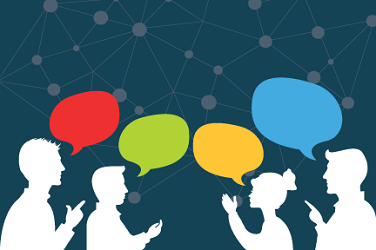 Speaking two languages has been a part of my life for a long time. Although I wasn’t fully bilingual when I joined the government in 1990, working in Ottawa allowed me to perfect my second language skills, as I spoke English with my Anglophone colleagues whenever I had the chance. And outside of work, I spoke French all the time.

So you could say I led a pretty balanced bilingual life. Having the opportunity to regularly speak two languages gave me a good sense of the value of bilingualism.

A new opportunity reinforced the value of bilingualism for me

In 2015, I accepted a position in the Atlantic Region and moved to Halifax, a city where English is the main language.

As I settled into my new role, I soon saw that, while people were shy to speak to me in French, many of them had a genuine interest in the language and culture. And it wasn’t from a lack of desire to learn that they hadn’t become totally fluent in French, but rather from a lack of opportunities to practise. My team and I wanted to change that.

We started by organizing “help me practise” Wednesdays, an activity to give people the chance to practise French or English with each other. Then we launched a number of other activities to promote bilingualism. For example, we partnered with the Quebec Region to put in place a language exchange program so people could help each other improve in French or English. We also offered tools to help people practise their second language every day.

Collaborative activities like these made people enthusiastic about learning their second language.

The greatest benefit of bilingualism is learning another culture

As people practised speaking French and English with each other, they learned about the culture of the other language. They came to share their diverse ideas, experience and opinions. The richness of that exchange between my colleagues in Halifax, a primarily Anglophone environment, reinforced for me the value of sharing not only one’s language but also one’s culture. It’s clear to me that learning another culture opens us up to new ways of thinking and doing. And to me, that is where the true value of bilingualism lies!

I’d like to hear from you. How has speaking two or more languages added value to your life? Let me know in the comments below! 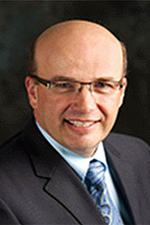 The Chief Executive Officer of the Translation Bureau at Public Services and Procurement Canada, Stéphan Déry is a strong supporter of official languages. He has actively promoted bilingualism in various roles throughout his career and is passionate about ensuring the future of Canada’s official and heritage languages.

Bilingualism has more than

Bilingualism has more than enriched my life. I grew up with three languages: Italian in the home; French in school; and English everywhere else. As a result, I’ve gained an understanding of all these cultures. When you learn a second language—or a third one, as in my case—you gain a new perspective on the world.

Love this blog! Thanks for

Love this blog! Thanks for sharing your experience. I love having more than one language to speak! I find that anyone I encounter enjoys my efforts to speak even a little bit in their native tongue, even if I stumble and make errors. You learn a lot more about someone that way.

Bonjour Stéphan! We were

Bonjour Stéphan! We were lucky in the Atlantic Region to have an almost entirely francophone RDG office! It really did give us more opportunities to practice our French - which you're right, we aren't able to do as often in this part of the country. I'm very passionate about my French heritage. My grandmother was francophone and perfectly bilingual. Unfortunately, as a single mother in the 1940s, she chose to raise her children in English as she felt, at that time, that might afford them more opportunities. It takes but one generation to lose a language, and I have always felt that part of me was missing, so I've worked very hard to learn and practice my French. I've enrolled my children in a Francophone school, and we practice speaking French at home and listening to the radio in French as well. I'm trying to demonstrate it just takes one generation to bring it back as well!

This is so similar to my

This is so similar to my family, but one generation earlier. My grandfather moved from St. Justine QC to Oshawa ON and married an anglophone. French was not part of their home life, so none of my aunts or my father speak any French at all, the language was completely lost in that generation. I was put in French immersion as a child but when we relocated, it wasn't an option. I work so hard as an adult and as a new public servant to improve and practice my French because I also felt that a part of my heritage was missing.

Two languages brought alot exchange in my life like in college there was the students from different part of india so i learn many traditions, customs and culture of their language. I am wonder that how many diversity in india. Same i found in canada but here persons are from different countries. I am curious to know different cultures and languages.

Very nice post! Being bilingual certainly enriches one's understanding of the world. It also comes in handy when travelling.

Most of all, bilingualism opens up new opportunities. For example, being able to speak French led me to two post-secondary degrees, a job in Ottawa and my wife. Not too shabby!

Thanks for sharing your experience and love this blog. I find that anyone I encounter enjoys my efforts to speaks even a little bit in their native tongue. so please sharing your blog.

Learning a second language has opened so many more doors for me than I ever thought possible. My parents put me in French immersion when I started school, so going through 13 years of classes that were mostly in French certainly had a huge impact on the vocabulary I now have and my general understanding of French. Once I graduated, I took a beginner level French course in my first semester of university and that changed everything. I only took it because I figured it would be easy marks, as I did French immersion, but there were a lot of things I needed to work on that were never important in high school. I loved doing my French homework and studying for it (I know, I'm such a nerd) because I felt like it was applicable to so many things. Fast forward 3 years later and I'm currently completing an honours degree in French. Since beginning my studies I've completed an 8-week study and work term in Trois-Rivières, Québec, I have plans to do a semester long exchange in France this winter and I'm working a bilingual position at the CRA. Learning another language takes so much time, patience and a lot of self-discipline, but one day it will be so worth it!