The benefits of being trilingual in Montreal

Posted on
October 15, 2018
Written by
Nadia Helal (About the author) 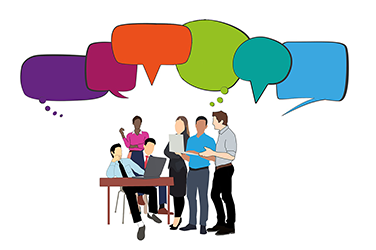 Montreal is a city with nearly two million people. If you count the Greater Montreal Area, the population is more than double that. The most recent Statistics Canada census has shown that over 130 languages are now spoken across this metropolis. Living in such a city can prove rather difficult for someone who speaks only one language.

When my family moved to this city in the early 1990’s, I spoke English and Arabic fluently. My subsequent schooling was done primarily in French, so by the age of 13 I was already trilingual. The more languages you learn, the more benefits you can reap. Here are just a few of the benefits I have experienced personally.

Growing up in Montreal, I made friends with members of both the English and French communities, as well as those who spoke Arabic. Few of my friends were only bilingual; most were actually trilingual or even quadrilingual. I enjoyed visiting their homes and watching the different interactions they would have with their family members. It was definitely an enriching experience to witness so many different cultures in my childhood and compare them with my own. It is likely in conditions such as these that the seeds of tolerance and open-mindedness are planted.

Most companies in Montreal seek employees who are at the very least bilingual. But with so many people speaking English and French in this city nowadays, the playing field has been all but leveled. A person who is trilingual, however, obviously stands a stronger chance of getting hired, especially if they work in a field that requires substantial multilingual communication. Moreover, there are many major companies that offer bonuses, promotions, or other perks for knowing more languages. Before becoming a teacher, I worked in post offices and banks. Knowing more than just English and French definitely served me well in those days.

Needless to say, discussing politics with people in their own language is generally easier and encourages greater openness. Whether I’m talking with Anglophones, Francophones or Arabic speakers, I have found that, if the topic is political, I often fare better when I speak in the mother tongue of the person affected by a particular situation.

Despite Montreal’s openness and hospitality, there are still pockets in the city facing serious problems. Poverty, racism, sexism, and religious persecution are issues that many people face. The more languages you speak, the more you are able to understand and possibly help those in need. And speaking their language not only helps them, but also helps you develop a greater understanding of the world’s problems. There are hundreds of wonderful organizations that support vulnerable people in Montreal. Needless to say, volunteering is an excellent way to boost your resumé as well.

5. Appreciating music from other cultures

Spanish music was extremely popular in the late 1990’s because of singers like Ricky Martin and Enrique Iglesias. French and Spanish are closely related Romance languages, which made it relatively easy for me to pick up Spanish. One of the highlights of my youth was singing along to hit music in that language.

The music scene in Montreal is vibrant, with amazing concerts and festivals all year long. What makes this city so great is that you can find music from so many different cultures. Listening to music in a language you understand makes that experience infinitely more enjoyable.

Evidently, there are numerous benefits of being trilingual in Montreal: social, economic, political, and emotional. I can honestly say that there has not been one situation where knowing more languages has been a hindrance to me. Nelson Mandela once said: “If you talk to a man in a language he understands, that goes to his head. If you talk to him in his own language, that goes to his heart.” In other words, the more languages you know, the more enriching your life will be, in Montreal and everywhere in the world! 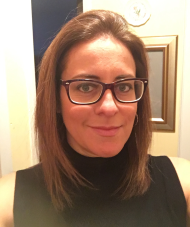 Knowing a language other than

Knowing a language other than your own opens up avenues to explore, to learn about new cultures, and to more easily meet people from different communities. In other words, it contributes to understanding among often diverse or even hostile nations.

Yes, I totally agree. If only

Yes, I totally agree. If only more people could see the benefits, the world would be a much more tolerant and happier place!

I totally agree with you.

I totally agree with you. Thank you, Nadia, for sharing useful information about the English Exit Exam.