10 interesting facts on translation and translators

Posted on
September 25, 2017
Written by
Marc-André Descôteaux (About the author) 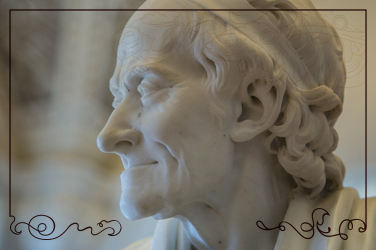 Every year on September 30, we celebrate International Translation Day. Why on that date? Because it coincides with the Feast of St. Jerome, who was one of the first translators to translate the Bible into Latin.

International Translation Day is about celebrating translators and the work they do. To mark the occasion, I’ve compiled 10 interesting facts on the fascinating world of translation!

1) The 5 most translated languages in the world are English, French, German, Russian and Italian.

2) The Bible, which can be read in nearly 650 languages, is thought to be the most translated publication (and at least one of its books has been translated into 3,225 languages). Next is the United Nations' Universal Declaration of Human Rights, which is available in more than 500 languages.

4) About 330,000 people practise translation as a profession, and that doesn't include those who do it informally.

5) According to a UNESCO database called "Index Translationum," which lists all of the books translated in the world, the top 3 most translated authors are Agatha Christie, Jules Verne and William Shakespeare.

The work of translators

6) The English verb "translate" comes from "translatus," a form of the Latin verb "transferre," meaning "to bring over, carry over."

7) The translation profession is more than 2,000 years old! That's right: the Old Testament is thought to have been translated into Greek in the 3rd century BC, in which case it would be the oldest recorded translation.

8) Scientific knowledge has long been shared through translation. For example, Émilie de Breteuil, marquise du Châtelet, an 18th-century physicist, was the first person to translate Isaac Newton's law of universal gravitation into French.

9) Translators are known for inventing alphabets, the precious tools that allow us to share our knowledge. Mesrop Machtots invented the Armenian and Albanian alphabets. Saint Cyril invented the Glagolitic alphabet, the precursor to the Cyrillic alphabet, which bears his name. The Cyrillic alphabet is used today to write many languages, including Russian, Bulgarian and Serbian. And a little closer to home, we have James Evans in Manitoba, who invented Cree syllabics, which are used to write the most widely spoken Indigenous language in Canada.

What do you think of Saramago's quote? Have you discovered authors you love through translated works? If so, share them with us in the comments below!

Information about Marc-André Descôteaux and the categories

Some translation stats - The

Some translation stats - The work of translators - Item (7)
If the "first translation" of old testament to Greek language was done in 3rd. century B.C, then it makes it makes the first translation at least 2200 years old instead of 1000 years.
This is just my observation not based on any research. 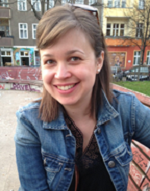 Hi, Irshad, thanks for your

Hi, Irshad, thanks for your comment! You make a good point that if the Old Testament is thought to have been translated into Greek in the 3rd century BC, then it and the translation profession would be much more than 1,000 years old. We’ll revise the first sentence of item 7 to account for that fact. Thanks!

While searching over the net

While searching over the net I read your blog and found it useful. Translating a content into another language requires so many understanding. A language contains a small impact of its culture. So translator job is not easy so many times. I can connect with your blog as I also belong from the same field. Thanks for sharing.

I love Saramago's quote. Thank you for your research

I love Saramago's quote. Thank you for sharing it.

Thanks for sharing such an

Thanks for sharing such an informative blog post. I enjoyed reading and learning from your content. I agree with the points you have mentioned here.

Hi,
Thanks for sharing this information about translation and translators. All the information is described in an appealing and clear way.

Great Post! A very informative article. Thank you for enlighten us about the interesting facts of translation and translators.