Language: A window into seeing and appreciating the world

Posted on
October 3, 2022
Written by
Samson Young (About the author) 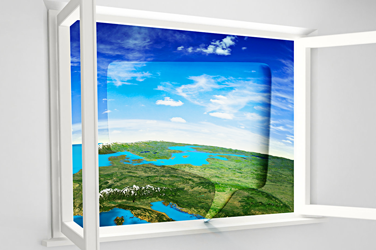 My formative language years in Asia

I know now that I am passionate about languages! However, this realization was not obvious nor had it ever occurred to me until I came to Canada in 1980 among thousands of other refugees from Southeast Asian countries, namely Cambodia, Laos and Vietnam. I was unaware while growing up that by living and playing every day in a multicultural environment in Laos I was already “blessed” with the ability to speak three languages interchangeably: Hakka Chinese (my parents’ native tongue) when I was at home; Mandarin Chinese when I attended the only private Chinese-language school in town; and Laotian when I was playing with the neighbourhood children. So, you see, these languages came automatically to me, not so much because I was learning them per se but because I was acquiring them effortlessly without ever thinking about them, through immersion. In a way, you can say that, though I was unaware of it at the time, I was predisposed to and prepared for learning new languages in my future.

When Laos changed to communist rule, we were forced to flee and became refugees living in one of the few dozen refugee camps spread across Thailand. We lived there for two and a half years before we were approved for immigration to Canada. The time we spent in the refugee camp offered me both a testing ground and a rare chance to learn to speak and understand Thai in my late teenage years. Though I did not learn to write the language, I still can read it, even to this day. Thai was the fourth language I learned.

My first ten years in Canada

Like many new immigrants before me, I spoke very little English aside from what I had learned from a few English classes while living in the refugee camp. Upon arriving in Canada, I spent about one year learning English in an English as a Second Language (ESL) class. However, I soon became impatient with the speed of my English progress, because I found learning English with students who were also struggling like I was a slow and painful endeavour. I decided to register at a local high school, where I lasted only one more semester in an ESL class setting. I then went straight to regular English classes and started learning English with native-born Canadian students. It was a really tough struggle, to say the least; it was almost like being thrown into water in a swim-or-drown scenario. Somehow I survived and by the time I got to grade 10, I felt more comfortable with my English ability and decided to add basic French classes to my school time table. English and French were my fifth and sixth languages respectively. After graduating from grade 13 and, three years later, from Algonquin College, I started working as a computer programmer and took a basic Spanish class at Carleton University.

Life in the Canadian Armed Forces: There’s no life like it

My programmer job was short-lived as I only worked for about three months and then made the biggest decision of my life: joining the Army!

It never occurred to me to pursue my love of language studies until one day a friend suggested that I continue a more formal pursuit of my passion and major in the field of linguistics. Thus, while working full time in the Canadian Armed Forces, I began taking night classes. I took Latin, American Sign Language (ASL) and, at the same time, learned to speak Cantonese at every opportunity I got. So, I finally began to live out my passion, which I had been living without realizing it, and to collect languages as others would collect stamps or coins (although I do this too).

During my peacekeeping mission in Bosnia in 2006, I was presented with a rare opportunity to live, work and learn a language in an ideal milieu, that is, with the locals. While there, I spent every free moment of my personal time trying to learn Serbo-Croatian, and seven years later, I also taught myself Swahili during my second deployment overseas to the Democratic Republic of Congo in 2013.

For me, different languages afford me different world views through their linguistic lenses, filters and biases. I love languages so much that I have made it my life’s goal to continue learning them. I hope to achieve at least a functional level in speaking, writing and reading 10 languages, which will include the six official languages of the UN (Arabic, Chinese, English, French, Russian and Spanish). Will I ever achieve this goal of mine? Well, maybe and maybe not. However, for me, language learning is not a trip with a final destination; rather, it’s a journey of a life time, and thus an ongoing effort I’m making, while also enjoying and appreciating the beauty of the scenery through each unique linguistic window!

So, here is my question: Do we learn or acquire a new language?

Samson, not only have you

Samson, not only have you been a outstanding leader to myself and many other subordinates.You have shown your dedication to humanity in a way most will never be able to understand. Your openness to learn, and ability to teach, has made you , a asset the CAF has no real Idea they have. Thank you Sir for your dedication, mentorship, and above all leadership to this great nation.

Thank you very much Rich for

Thank you very much Rich for your very kind words… I have met many good teachers during my journey in life in Canada from whom I have learned a great deal and have tries to emulate their style that reflect kindness, compassion, empathy and friendliness… You are one of those teachers! It’s both an honour and pleasure to be afforded an opportunity to serve my adopted country along side these great teachers, friends and brothers/sisters.

Congratulations, Samson Young and thank you so much for sharing your incredible story with me. I Admire you for the strength and courage you had on your Life's Journey, and I'm truly Honoured to have had the opportunity to meet you. We don't know just how lucky we are to be Born in Canada.

Each Day is a lesson
of things you will learn
and filled with Knowledge
with each page you turn.

Thank you very Sue for the

Thank you very Sue for the kind words and the beautiful poem you wrote… Indeed, each day is a lesson to be learned and from it a new piece of knowledge to be had, as Solon, a famous Athenian statesman around 600 BC said : “I grow old learning something new everyday.” Thus, learning in itself is a lifelong endeavour… :-)

Congratulations, Samson! So wonderful to read your life and language-learning journey from Laos to Canada. What a shining example of the immigrant experience. Thank you very much for inviting me to read your inspiring story. My best wishes as you continue to fulfill your dreams.