3 stylistic differences between English and French

Posted on
April 6, 2020
Written by
Ève Lyne Marchand (About the author) 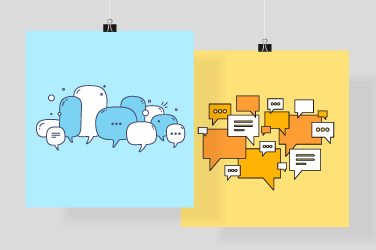 You have a translation in front of you, from English to French or from French to English. From the very first line, nothing seems to match. So how do you know if you have a good translation? An awareness of some of the stylistic differences between English and French may provide some helpful insight.

English first qualifies something and then names it, as in the case of “Chinese food,” where “food” expresses the main concept and “Chinese,” the category. In French, the equivalent would be mets chinois. Here, the main concept is expressed first and then qualified. What are we talking about? Food. What type of food? Chinese.

So when you’re assessing a translation, it’s normal to feel as though you have to “read backwards.”

French uses more prepositions than English. In English, a noun can qualify another. But in French, this practice is not as common; in most cases, a preposition is needed to combine two nouns. For example, “ball gown” wouldn’t be translated as robe bal, but as robe de bal; “management report” would become rapport à la direction or rapport de la direction; and “knitting needles” would be translated as aiguilles à tricoter.

Furthermore, French and English do not always use the same prepositions. Here are a few examples:

It’s well known that English, unlike French, does not use grammatical gender, a fact that can cause headaches for those learning English but most especially for those translating it.

In French, since the masculine form prevails over the feminine, the translator may choose to change the word order or use a synonym to simplify agreement between an adjective or a participle and the word it qualifies. So a phrase such as “relevant results and data” could be translated in different ways, depending on the context.

On the other hand, in the last example, going from French to English, the translator could decide to use “relevant” rather than “useful,” since agreement is not an issue.

As you can see, English and French don’t work the same way. For that reason, it’s very difficult to assess the quality of a translation without understanding the stylistic differences between the two languages.

Ultimately, it all depends on how much confidence you have in your translator. For more information on this topic, I recommend reading the post “Translation: Let's trust the professionals (opens in new window),” also published on this blog. Don't hesitate to ask your translator questions and explain your needs. In return, be prepared to answer your translator’s questions. The more you collaborate, the better the translation will be. And in the process, you’ll be sure to discover other stylistic differences. Feel free to share them in the comment section below.

I worked as a mentor for a

I worked as a mentor for a new lawyer, who had completed his kindergarten to grade 12 education in French. Knowing this, I noticed he used "that" a lot in his writing in English. The "que" would be mandatory in French, but it was not required in English. If I hadn't been aware of his background, I probably wouldn't have noticed.

Thank you for sharing. That

Thank you for sharing. That is a good example!