The language of music

Posted on
April 14, 2020
Written by
Pascale Bourque (About the author) 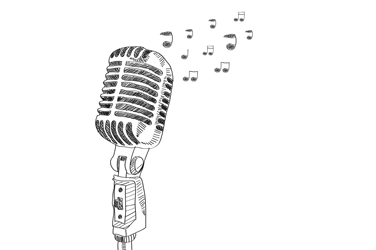 If there’s one language that we all understand, it’s the language of music! Sounds are the same for all of us who are able to hear, aren’t they? Well, it seems it's not that simple! Sounds may be the same, but not everyone interprets them in the same way. So song lyrics can be quite helpful, and maybe even necessary, to ensuring that a message is clearly conveyed and well understood.

Over the years, I’ve noticed that many of my friends and family, who are Francophones like me, seem to have a clear preference for English songs. This observation has made me wonder whether the lyrics affect how much we like a song. I’ve also wondered if cultural factors might explain why we prefer one kind of music over another or songs sung in one language over those sung in another.

The research doesn’t appear to be very advanced in this area, or maybe the findings aren’t widely available. Few psychologists, philosophers or musicologists seem to be interested in how lyrics influence our enjoyment of music. The reading I’ve done on the topic has left me wanting to know more!

It didn’t surprise me to read that some people consider the voice itself to be a musical instrument. They pay little attention to the words or even the language. However, this doesn’t explain a “preference” for a language. Some experts will say that regardless of their meaning, words sound different in one language versus another. Could certain sounds be more pleasing to the ear? Culture, or our exposure to it, may also influence the types of music or sounds we “learn” to like or dislike.

When I asked some of my friends and family why they preferred English songs, they said it was because there was a much larger number of English singers and musicians. As a result, there is a greater variety of music in English than in French. For some, variety means quality! Although plausible, this explanation strikes me as incomplete. It doesn’t take into account the fact that some people might be drawn to what is rare.

One person told me that a melody could arouse emotions that were the opposite of those suggested in the lyrics. According to her, lyrics in French, her mother tongue, always penetrate her consciousness, whereas she can choose to ignore the lyrics of an English song and listen only to the melody when the two evoke different emotions. Interesting! But are such contradictions so frequent that Francophones would actively seek to ignore song lyrics in their own language?

After meeting an excellent guitarist, I recently got back to playing the piano and singing. I hadn’t done so in nearly 30 years, and I’d forgotten how much fun it can be! Together, we dug up a treasure trove of French chansons à texte (French songs with lyrics perceived to be of higher linguistic quality), and we were bold enough to put on an all-French music show a few times, something rarely done in the Outaouais region.

Much to my surprise, I saw Anglophones in the audience, even though it was clear from the title that the show would be entirely in French. In addition to Francophiles, there were people in the audience who didn't understand a word of French, including some who told me that they had been actively looking for French concerts. They love them!

Although Anglophones can enjoy French music, too, I can’t explain why this phenomenon is so common, since I still know nothing about how lyrics influence our enjoyment of music. But one thing is certain: those who are drawn to the music of the other “linguistic solitude” find their isolation suddenly transformed into solidarity!

What about you? In what language does music speak to your emotions? Does the music that appeals to you need words? 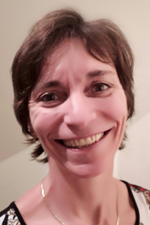 Salut, Pascale,
The language of music is the language we all understand! I love world music, and I can say that many languages and many genres speak to my emotions. I get so much joy from music in Italian, Portuguese, English, French, Spanish, and so many more. I am particularly drawn to guitar and cello. I agree with your observations. I think it goes beyond good musical performance. It is more about the realm of sounds that are different from those in our mother tongue, irrespective of the lyrics. Daniel Levitin speaks of music as a force that led to its evolutionary role in social bonding.

Salut Mercedes,
Thanks for your comment. Like Daniel Levitin, my background is in cognitive psychology. But unlike him, I did not specifically study how the brain deals with music. I have just ordered one of his books.